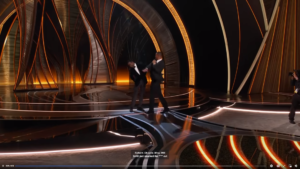 After the former Fresh Prince of Bel-Air star rushed the stage and slapped comedian Chris Rock, Rangappa claimed the act was emblematic of Trump’s behavior.

“So did like anyone walk out after that happened??? Or are we getting an independent psychological case study on how Trump got normalized?” the  former FBI special agent tweeted.

So did like anyone walk out after that happened??? Or are we getting an independent psychological case study on how Trump got normalized?

The CNN analyst was slammed on Twitter for continuing to display symptoms of Trump derangement syndrome, but it isn’t the first time she’s been raked over the coals for her bad takes.

Ma'am have you ever considered that maybe it's you that needs the therapy?

“Rangappa, who is one of the network’s more outspoken liberals on social media, was mocked last year for comparing a Southwest pilot who objected to President Biden to an ISIS sympathizer,” reports Fox News.

“He opened hand with a lot of force, smacks him right in the mouth on TV. Now the first thing I said to myself was ‘what the fuck is going on, is this a bit?’ because where is security? This is a live television event!”

Stern went on to take a swipe at Trump by claiming Will Smith’s privilege and lack of accountability was how the former president “got away with shit.”

“Not one person came out, because he’s Will Smith. This is how Trump gets away with shit. Will Smith and Trump are the same guy. He decided he’s going to take matters into his own hands. At a time when the world is at war. Bad timing, man. Calm your fucking ass down,” Stern said, apparently also still exhibiting symptoms of Trump Derangement Syndrome.

“This is a sign of great mental illness when you can’t control your impulse. Not only that, it was hardly an insulting joke. It was not even a good joke,” Stern added.

The comparisons show how Trump, despite having nothing to do with the altercation or the Oscars, still lives rent-free in deranged liberals’ heads.