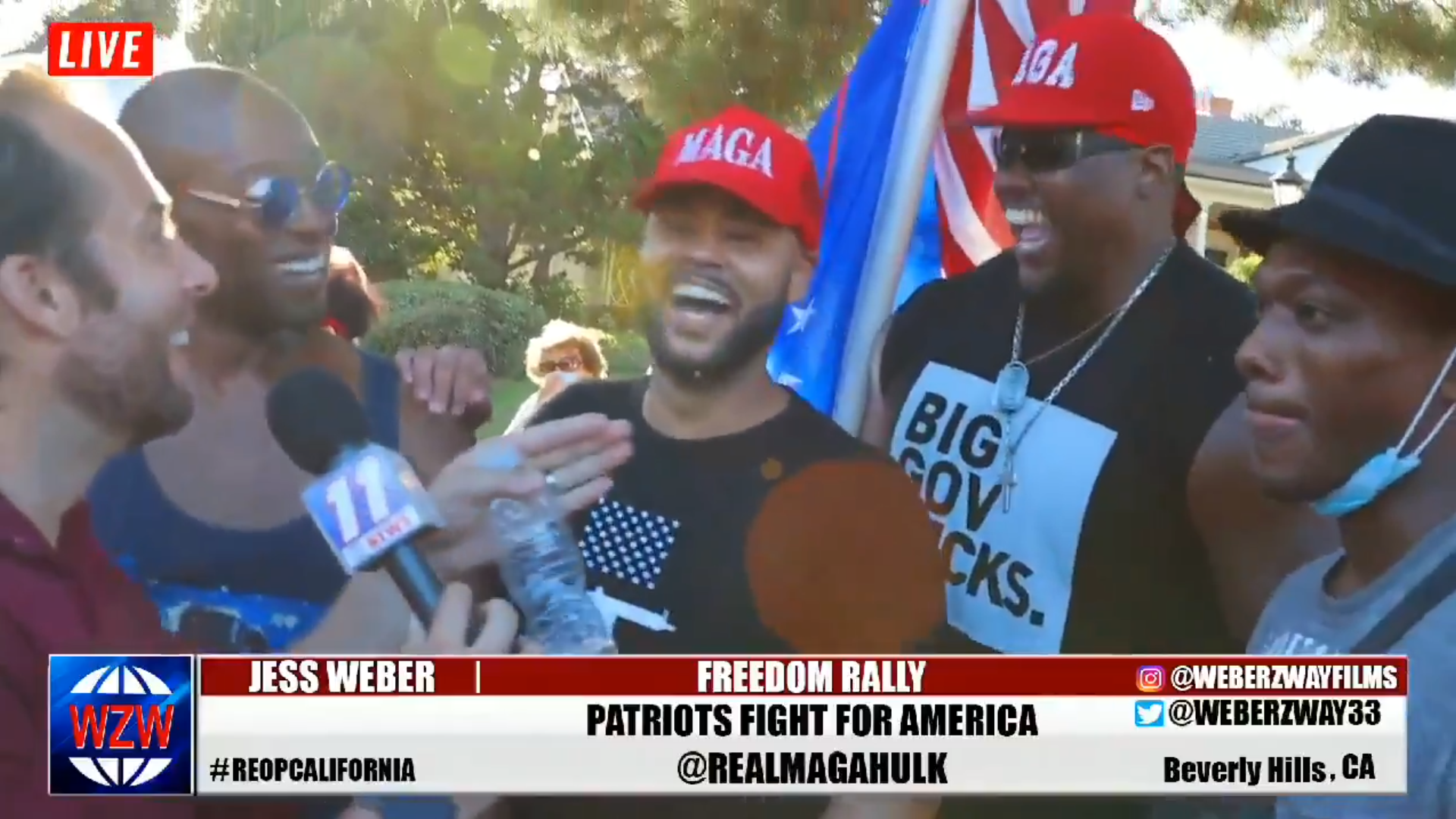 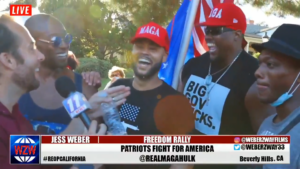 “I believe the (Black Lives Matter) movement is fake”

Video of a group of black conservatives has gone viral, with them vowing support for President Trump and urging that others need to wake up to the duplicity of the black lives matter movement.

“As you can see, black conservatism is the new punk rock,” commented Nick Cunningham, one of the group seen recently at a protest in California.

Another, who goes by the moniker MAGA Hulk added “We’re the rebels! You wanna be cool, come join our cause.”

When the group were challenged by others charging that Trump says racist things about black people, they were ready for it.

“Nothing! You got nothing!” he added when there was no response.

Another man in the group declared “I believe the (Black Lives Matter) movement is fake.”

“It has nothing to do with advancing the lives of black people,” he continued, adding “Their main goal is to break up the patriarchal, like nuclear family. They want the men removed out of the family, which is what Democrats want also.”

“If BLM really cared about black lives, why would it be solely isolated to incidents where a black life is taken at the hands of a white cop?” the guy continued, noting “That happens less than one percent.”

“I’m a proud black American. I’m not oppressed,” he reiterated, adding “I’m one of the freest persons in this world.”

“I kneel for no man. I only kneel to God,” another within the group added.

It’s a scene that is very much on the increase, with figures indicating that a stunning 28 per cent of black Americans plan on voting for Trump.

Two separate polls also found that Trump’s support amongst African-Americans has doubled since 2016.

The Black Lives Matter movement seems to be backfiring after 3 straight months of violent riots and unrest.

Now it’s 2020 and the prognosis looks pretty grim for Democrats.