Should Venice approve Neal’s request to change 10.42 acres of open space in Milano to commercial? 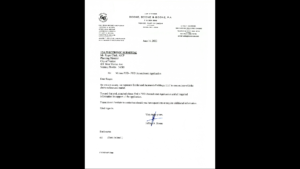 Should Venice approve Neal’s request to change 10.42 acres of open space in Milano to commercial?

On June 14, 2022, Jeff Boone submitted an amendment application to the Milano PUD.  You can read it by clicking — >>> here.  The application was submitted to Roger Clark who is the city Planning Director and one of the cities bureaucrats that many feel has relationship with Boone that leaves many feeling uneasy.  The relationship that Boone has from zoning to planning out the Comp Plan and LDR’s, at the city level has left many wondering why a resident with a great deal of interest in developers is provided access, which others struggle to obtain.  Page 3 of the 115-page document ask the city to re-designate 10.42 acres of land from open to commercial.  This is one of my pet peeves.  Individuals buy homes in communities with the belief that PUD’s and zoning that are in place will not be changed.  However, developer friendly Bureaucrats within cities may have a bias towards developers that they work closely with, which may go unnoticed to many.  Then they go before the Planning Committees and councils selling the change to politicians that take donations form developers, put political signs on their properties and have close relationships with the very same developers that are pushing for the changes.

The opposition to the Milano PUD change notes that another Publix is not needed.  There are two within a 3-mile radius and there is concern with losing the open space.  Now Neal will be required to donate to a mitigation bank, but that does not help them with the losing open space in their neighborhood, which they believed would always remain open under the PUD.  Also, the group believes that the city comp plan and PUD standards require commercial development within a PUD to serve the needs of the residents and they feel changing this area from open to commercial will NOT be beneficial for them or the environment. 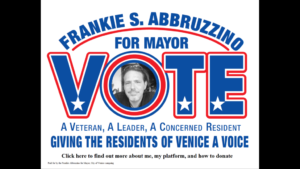 This issue may or may not be resolved by the time the election is over and a new council and mayor has been chosen.  That is why it is important to get out and challenge the candidates that are being pushed by Neal, Boone, Cassatta and many other developers.  Unfortunately, two of the four seats had politicians walking in unopposed.  The city and a few council members like to state that that the LDR petition is just five individuals, like they are stating with the LDR petition.  However, my understanding is that the city guidance for running a petition is set at a cap of 5.  I can tell you that the LDR petition and the movement to stop Neal from moving forward with this PUD change, is more than just 5 residents.  This petition process was put in place by the city for this very reason.  To give residents a tool to combat council decisions that they feel lacked due diligence and public involvement.  If the city and council does not like the process, they should have worked on removing the petition option.  As it stands, the council voted to hire an attorney to find a way to kill the petition.  In turn most of the council blamed the citizens for costing the city money, instead of looking in the mirror at themselves.  Sounds crazy, doesn’t it?

What I suggest individuals do as a concerned Venice resident, is take the same approach I have and will continue to do.  Listen to the Planning Committee and council meetings online if you can not make it or go down in person.  I tend to sit and my desk in my office, while I watch and listen to the meetings.   Review the amendment change that Boone sent out, again you can find it by clicking — >>> here.  Find out where the city zoning and planning departments stand on the issue.  See what the opposition is stating about Neals Milano PUD change.  There are a couple Facebook groups out there.  If you click on their name below, the link will take you to their group:

I want to read a lot more from both the perspective of Boone and the opposition to this PUD.  Then I will make a decision that is based upon the facts presented, any legal ramifications the city could face and the view of most of the residents.  After all, the mayor and council members are put there to represent the residents of our fine city, not special interest.