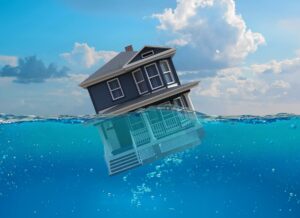 It is happening again.  More than a decade ago, we witnessed an absolutely unprecedented “housing bubble” in the United States followed by a horrific crash that resulted in millions of Americans losing their homes and a financial catastrophe on Wall Street that we still talk about today.  But instead of learning our lessons from that disaster, we are repeating history instead.  The “housing bubble” that we are currently experiencing is far larger than the one that burst in 2008, and everyone knew that if mortgage rates rose high enough it could cause the bubble to burst.  Unfortunately, that is precisely what is taking place.  The average 30 year fixed mortgage rate was sitting at 2.67 percent in December 2020, and now it has risen to 5.30 percent.  In case you are bad at math, that means that the average 30 year fixed mortgage rate has roughly doubled, and that is extremely bad news for the housing market.

The combination of rapidly rising prices and soaring interest rates means that homes have become far less affordable these days.

According to CNN, U.S. home prices have jumped almost 21 percent compared to a year ago…

It’s understandable that homeowners, in particular, might be worried about a potential housing market crash — 2008 is our most recent example of what can happen after an incredible run-up in home values. And we’ve never seen a market hotter than this one. The typical US home is worth nearly 21% more than it was just a year ago, a record that’s been reset each of the past 12 months.

That is a seismic shift.

And the truth is that the typical monthly payment is even higher here in May, because the average 30 year fixed mortgage rate has shot up to 5.30 percent…

The average 30-year fixed mortgage rate was 5.3% the second week of May, according to the government-backed mortgage buyer Freddie Mac. That’s the highest it’s been since 2009. Six months ago, mortgage rates were in the 3% range.

This is the highest that mortgage rates have been since July 2009.

And in July 2009 we were living through the aftermath of the worst housing crash in all of U.S. history.

Will the coming collapse be even worse?

As data trickles in for April, it’s becoming clear that the historically hot housing market has flipped trajectories. It’s now in cooling mode. The number of homes listed for sale is rising again. Fewer shoppers are scheduling tours. And Redfin reports 15% of home sellers in April cut their asking price—up from 9% a year ago.

And it appears that things could rapidly get even worse.