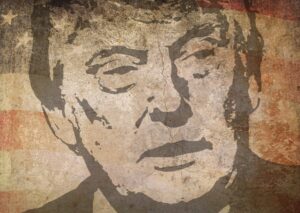 by Didi Rankovic | Reclaim The Net

The purge of content featuring or associated with former President Donald Trump continues on YouTube, which has decided to remove an episode of the Republican National Committee (RNC) “Real America” podcast.

Trump was interviewed on the now-censored episode, where he voiced his political opinion about the 2020 US presidential elections once again by saying that the vote was “rigged” and also spoke about “tremendous voter fraud.”

However, Google’s video platform doesn’t allow the expression of opinions that question the integrity of that election (the same rule does not apply to the 2016 election, however – content routinely alleging that Trump’s victory was the result of foreign interference or voter suppression is allowed on YouTube).