The Corruption In Washington D.C. Is Far Worse Than Most Americans Can Possibly Imagine 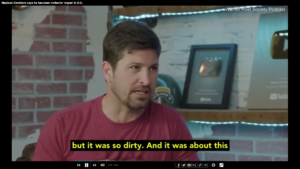 The Corruption In Washington D.C. Is Far Worse Than Most Americans Can Possibly Imagine

Most Americans realize that there is corruption in Washington, but very few understand how deep it really goes.  If the general population really did grasp how corrupt our politicians have truly become, there would be endless protests in the streets of Washington starting tomorrow.  Unfortunately, most of us are still convinced that one of the major political parties will ultimately vanquish the other party and restore integrity to our system.  But what if both major political parties are rotten to the core?

From a very early age, we are trained to think in terms of “good guys” and “bad guys”.  Our stories, our movies, our television shows and even our video games feature “heroes” and “villains”, and we are taught to fully embrace those that are fighting for “good” and to passionately hate those that are doing “evil”.

But the real world doesn’t work that way.

Unfortunately, way too often there are no “good guys” in a real world scenario.  I can think of a number of prominent examples that are in the news right now.  Sometimes it is just “the bad guys” vs. “the bad guys”, and that is because evil has become extremely pervasive in our world in modern times.

To illustrate what I am trying to say, let me dig into a concrete example.

On Thursday, an interview that John Lovell recently conducted with Congressman Madison Cawthorn was posted on YouTube, and it immediately sent shockwaves all over the nation.

For Republicans, it would come as no surprise at all to hear that Democrats are involved in this sort of activity.

Of course Republicans are supposed to be the party of “family values”, but that hasn’t been true in reality for a very long time.

‘There’s some of the people that are leading the movement to try and remove addiction in our country and then you watch them doing, you know, a key bump of cocaine in front of you and it’s like wow, this is wild.’