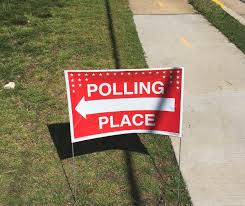 It looks like we are headed for the most chaotic presidential election in modern U.S. history.  According to some estimates, somewhere around 40 percent of all U.S. voters will vote by mail this year.  That means that tens of millions of votes will be going through the postal system, and that has the potential to create all sorts of problems.  For one thing, it is going to take a lot of extra time to open those ballots and count them.  For states that allow mail-in votes to be counted in advance, that shouldn’t delay final results by too much, but in other states we are facing the possibility of a nightmare scenario.  There are certain states that are not allowed to start counting any ballots until the polls close on election day, and that includes key swing states such as Wisconsin, Michigan and Pennsylvania…

In several states not accustomed to high volumes of mail-in voting, including Rust Belt swing states Wisconsin, Michigan and Pennsylvania, election officials cannot start counting ballots until voting ends on election night. Other swing states, such as Minnesota, allow absentee ballots to be postmarked up to Election Day.

So as we all watch the election results come in on the night of November 3rd, what we will be getting will only be partial results.

And at this point the mainstream media is assuming that the votes that are cast in person will heavily favor President Trump, and so they are warning us that there could be a “red mirage” scenario in which it appears that Trump is easily winning an election that he has actually lost.

Of course if Trump builds a huge lead on election night, he is likely to declare victory, and Facebook has already stated that they intend to “flag” any such attempt…

Facebook plans to flag any attempt by the Trump campaign to declare a premature victory in the presidential race on the platform, the company announced on Thursday.

The social media giant, which has come in for heavy criticism for failing to police foreign and domestic elections propaganda on its network, also said it would not accept any new political ads in the final week of the 2020 presidential race.