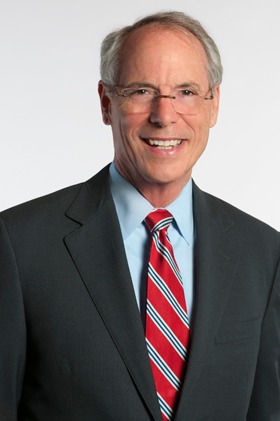 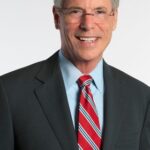 I was at a couple events and as you can imagine running for mayor, I had a few conversations.  I have always known about Pat Neals involvement in local politics, especially within the Republican Party.  The last time I ran I heard about Jack Brill’s attempts to squash the campaigns of Deborah (ran for Venice Council) and Frankie Abbruzzino campaigns, but due to party rules, he could not come out disparaging my campaign.  He could put out pro candidate flyers, which he did for his three candidates.

I heard something yesterday and I started checking around.  Basically, Neal is injecting himself into the local elections in Venice.  From contacting one candidate and suggesting he should drop out of the race because Neal was backing his opponent and as Neal suggested, he rarely loses.  To trying to get a candidate to jump into the Venice mayoral race, thinking it would get Frankie to drop out.  Neal was hoping that Frankie would drop out of the race because Ron Smith is a Democrat. Frankie made it clear that he would drop out of the race if a Democrat got into the race, versus playing the third wheel to the D and R party line candidates, like what occurred in the last election.  Pat Neal wanted this candidate to jump in, so that Frankie would drop out and Neal’s candidate of choice would face off against a lesser-known individual that did not have the structure in place.  What I mean by structure in place?  I am referring to Frankie’s name recognition, ability to utilize The Scoop, and an already existing base within the city. It is not known if the cabal in Venice that is pushing for Nick to win had any part in this, even though cabal member Boone has close ties to Neal.

The bottom line is that Pat Neal has his candidates of choice in the two Venice lections.  There are four, but two of the candidates are walking in unopposed.  Ron Smith and Frankie Abbruzzino are NOT Pat Neals candidates of choice.  It is not due to party affiliations, since all four candidates within the Venice races are in the same political party.  It is about control and influence.  He wants the candidates that will push his pro-developer agenda.  He does not want a candidate like Frankie Abbruzzino that pointed out simple issues like the laurel Rd fiasco. 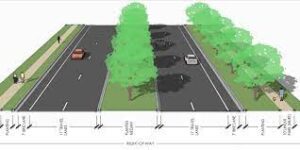 The Laurel Rd fiasco goes back years, back when Holic was the mayor.  I remember Holic getting upset because he stated that Neal offered land for the expansion of Laurel when he started developing N. Venice. The Mayor was under the impression that Neal would provide the land at no cost and Holic later found out that it was at a cost.  The Scoop posted the document years ago and will try to track it down again, but the document essentially stated that Neal would provide the tract of land needed to expand Laurel Rd. when the time comes.  Well, that time has come, and Neal proposed a corporate/government partnership between him, the county, and the city.  This has been in the works for over three years and is starting to come to fruition and was discussed during this week’s commission meeting in Venice.  Basically, the impression that Mayor Holic had was that Neal would provide the tract of land for free.  Well Neal came back clarifying that he would provide the land, but at a price.  Basically, he is providing “X” amount of dollars for the expansion but will be providing essentially no money because the local governments will be buying the land from him, and he will be in turn contributing that money to the city.  Neal comes out looking like a great guy for providing the money when it is just another form of corporate welfare.  I don’t recall the exact number, but acquisition cost for the right-of-way that is mostly owned by Neal would come to around 2.3 million according to the Herald.  There was a couple other property involved in the expansion.  Neal even suggested the city use eminent domain, if the property owners are not willing to sale.   He all about land rights when it involves his property, but it is a different story for land owners that get in the way of him achieving his objectives.

Neal would like the benefits of having control over local politics to continue, but candidates like Ron Smith and especially Frankie Abbruzzino is a concern for him.  Just like the last Mayoral and council races, he will continue to try and impose his influence over the races, so that issues like the developer friendly LDR’s continue to get pushed through the Venice council and he can continue to have his way developing throughout Venice and the rest of the county for that matter.

2022-08-28
Previous Post: Monitoring three areas of disturbance in the Atlantic and one in the Gulf
Next Post: The Sarasota County Sheriff’s Office is currently conducting a drowning investigation in Sarasota