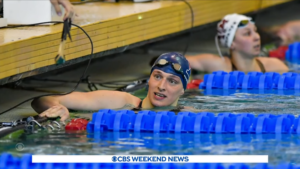 Swimming’s world governing body has slapped a total ban on transgender athletes that have gone through any form of male puberty from taking part in women’s competitions.

Fina’s new policy, which was passed by a margin of 71 per cent after its 152 members voted on the issue, will force transgender swimmers to compete in a separate category that only includes those who claim their gender identity is different from their biological sex.

For transgender athletes who were born men to compete in women’s events, they must have completed their transition by the age of 12.

Fina president Husain Al-Musallam said the vote was about “protecting competitive fairness” and the rights of athletes.

“Fina will always welcome every athlete,” Al-Musallam said. “The creation of an open category will mean that everybody has the opportunity to compete at an elite level.”

Former British swimmer Sharron Davies praised the decision, asserting that she was “proud” of Fina for “doing the science, asking the athletes/coaches and standing up for fair sport for females.”

I can’t tell you how proud I am of my sport @fina & @fina_president for doing the science, asking the athletes/coaches and standing up for fair sport for females. Swimming will always welcome everyone no matter how you identify but fairness is the cornerstone of sport https://t.co/1IaMkIFOkX

As we previously highlighted, top doctors told the New York Times that transgender swimmer Lia Thomas still had an unfair advantage over biological females despite the athlete having undergone testosterone suppressing therapy.

After entering female competitions, Thomas soared in national rankings, jumping from 32nd place in men’s meets to eighth in the 1,650-yard female freestyle.

“The new regulations are still at the consultation stage and it is understood that some members of FIFA’s senior management are unconvinced that they should be published in their current form,” reports the Daily Mail.

2022-06-20
Previous Post: Flight delays, cancellations could be a taste of what’s to come this summer
Next Post: Englewood resident General Flynn Talks The Importance of Fathers