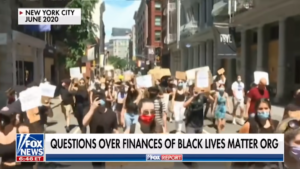 by Didi Rankovic | Reclaim The Net

Facebook is being accused of censoring any information that paints the Black Lives Matter (BLM) movement in a negative light – and doing that regardless of the merit and accuracy of those reports.

BLM rose to prominence in the wake of the killing of George Floyd in 2020, when many Americans chose to donate money to this organization as a way of supporting initiatives geared towards strengthening racial justice.

The movement was raising money with that promise. But reports have in the meantime suggested that not all of the $66.5 million in donations received by October 2020 was actually used for that purpose.

On Monday, the New York Post ran a story, based on an Intelligencer report, about BLM leaders using these donation funds to buy a $6 million house in California. Facebook’s reaction was to censor the article, preventing it from being shared, and slap the “abusive” label on it.

2022-04-11
Previous Post: ‘Ghost guns’ rule to be announced by Biden admin, DOJ
Next Post: Suncoast:  Looking for two individuals for forced entry into a local business