UPDATE: During early March (many reported on March 10th) the Jockey Club area of the City of North Port was consumed by a rash of vehicle burglaries. During some of these burglaries, property and cash were taken. On two of these burglaries, the vehicle burglarized was set on fire, with at least one of the vehicles becoming a total loss. Our teams canvassed the area and gathered all possible evidence. North Port Police Detectives were able to establish that a local 14-year-male student as a potential suspect.  After several days of investigation, the young man was arrested on six counts of Vehicle Burglary and two counts of Arson for lighting two vehicles on fire on two separate occasions.

“This was a very dangerous situation. Something could have gotten even more out of control. I am grateful for the dedication of our Detectives and Officers to get to the bottom of this before someone got hurt. I hope the young man gets the help he needs,” says North Port Police Chief Todd Garrison.

One of the PCA’s is attached. Also included is two previously released photos of one of the damaged vehicles.

PREVIOUSLY:  The North Port Police Department is currently investigating roughly 16 unlocked vehicle burglaries in the past week. Two of which, the vehicles were purposely set on fire. The most recent on Natchez Court. Thankfully, a quick response by North Port Fire Rescue kept the fire from spreading.

Our Detectives are currently working to solve these cases while our road patrol and Special Enforcement Unit is working to strategically hamper these efforts. The State Fire Marshal is looking into the cause of the fires. We are asking the community to also help by proactively locking up vehicles and valuables. We believe any deterrent to crimes of opportunity will help.

If you have any information about these crimes please contact NPPD at 941-429-7300 or utilize our “Police Tip” button by downloading the North RePort app. 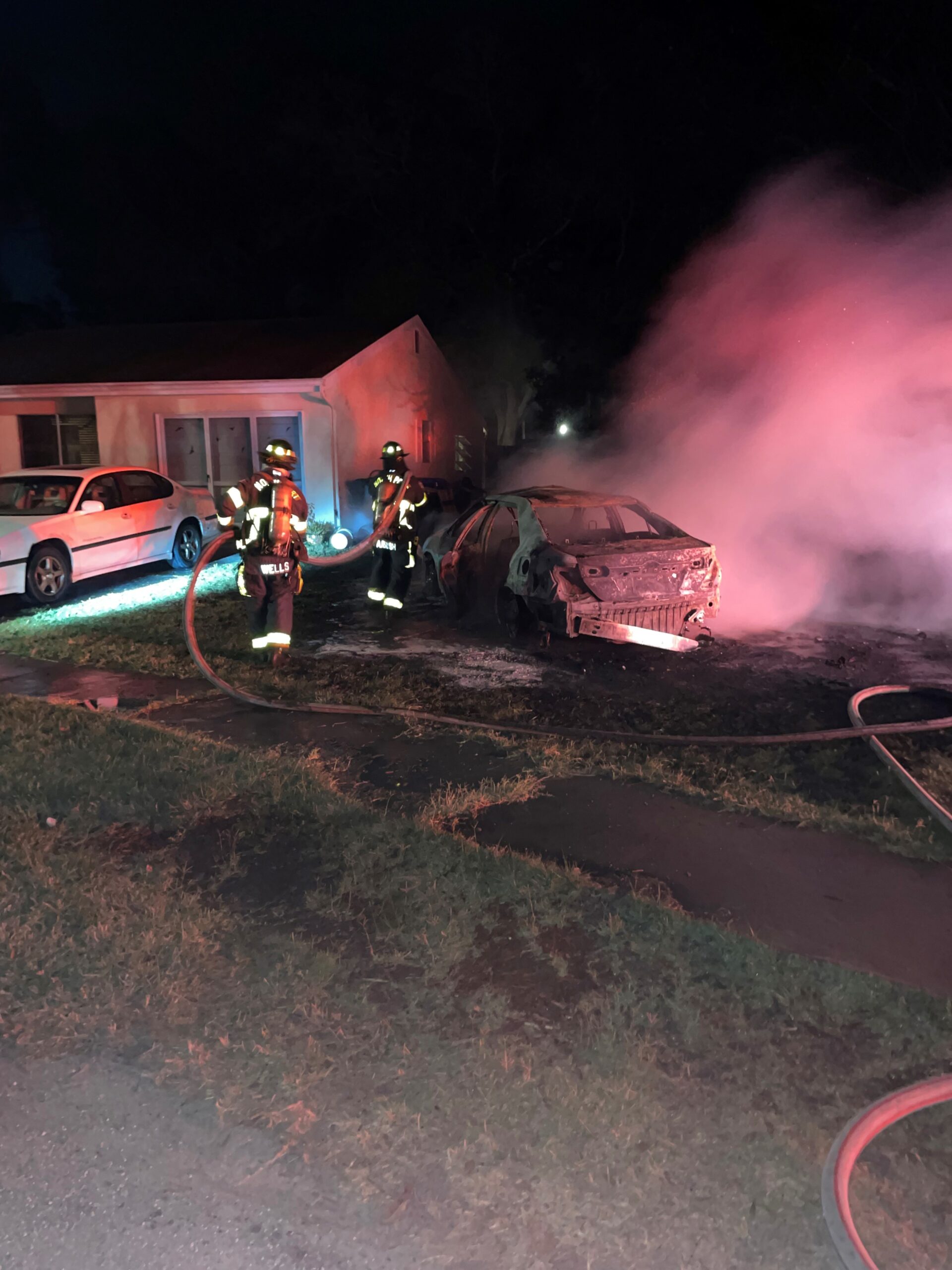 2022-03-22
Previous Post: Pfizer issues recall of some blood pressure medication
Next Post: Suncoast: How to capture the perfect shots of your pet