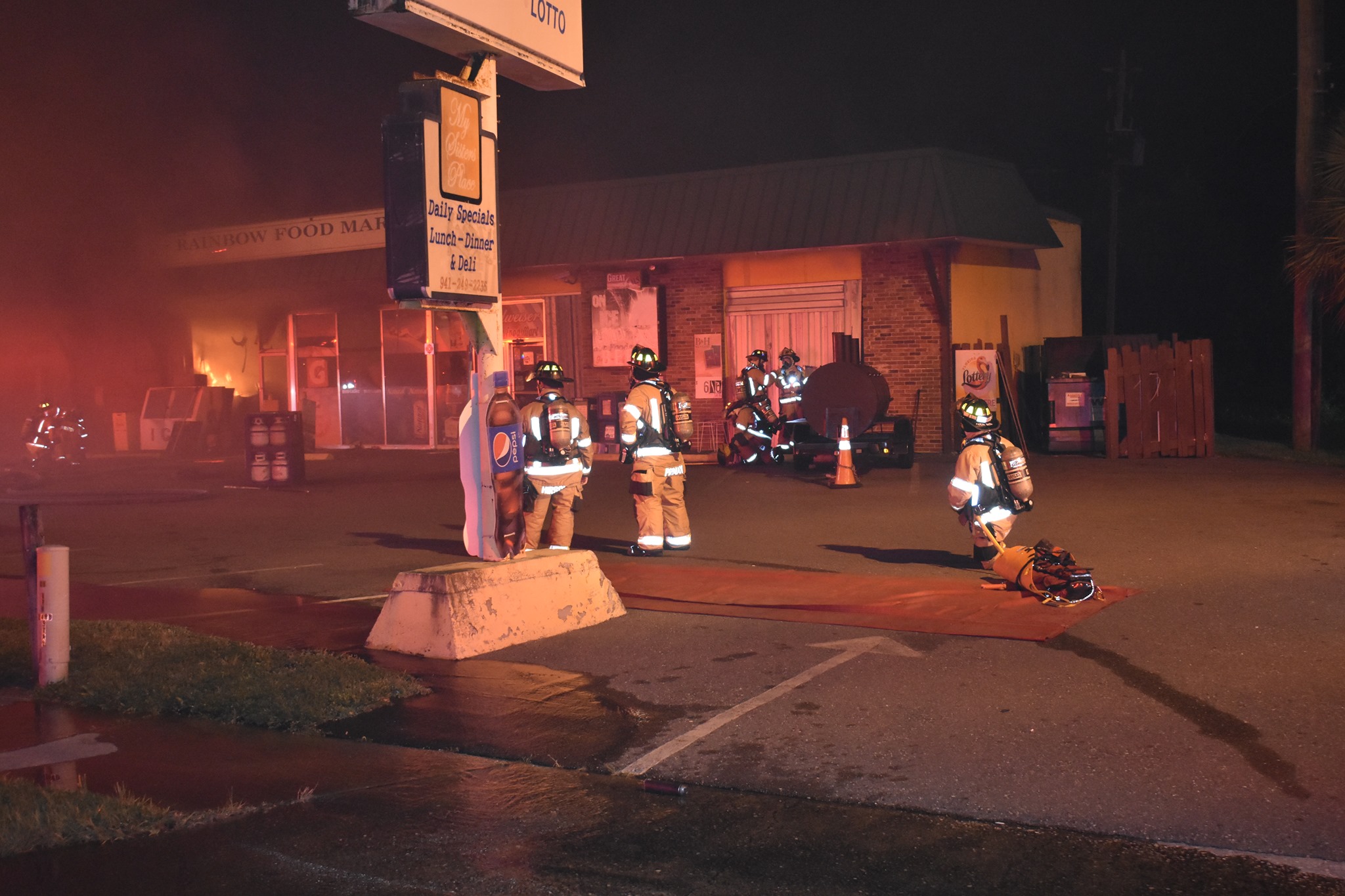 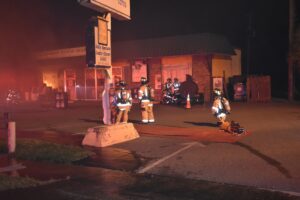 Charlotte County Fire and EMS
At 12:39 Wednesday morning, we responded a two alarm fire at the Rainbow Food Mart at 2350 Harbor Blvd. When we arrived, flames were coming out of the front windows.
The response included seven fire engines, two ladder trucks, three ambulances, two captains, the fire marshal, Chief Fair and Battalion Chief Chris Mott, who was the incident command.
The fire was under control at 2:07 am but the Rainbow Market sustained heavy damage. The adjacent business had smoke damage. The state fire marshal was called to investigate and they did not find anything suspicious. The cause of the fire appears to be an accident due to an electrical issue. 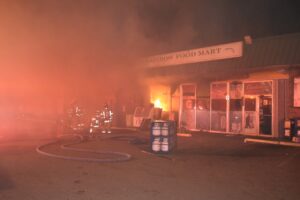