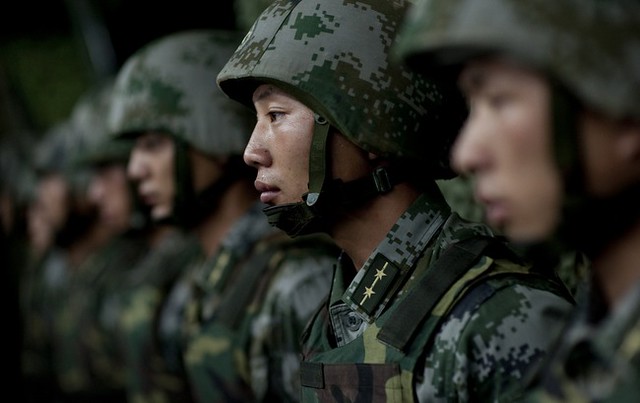 Authored by Con Coughlin via The Gatestone Institute,

The more US aircraft carriers come to the South China Sea and exert pressure on China, the more it will prompt the PLA to develop complete and reliable methods against them. Once a war begins, these aircraft carriers are more likely to become vulnerable targets.

China’s decision to launch a fresh round of military exercises close to the disputed territory of Taiwan demonstrates that Beijing’s communist rulers have little intention of backing down in their increasingly provocative confrontation with America and its allies.

Despite the widespread international criticism China has received in recent weeks over its brutal suppression of pro-democracy activists in Hong Kong, there is little sign that Beijing is prepared to adopt a more conciliatory tone.

The arrest earlier this week of Hong Kong’s local media mogul Jimmy Lai Chee-ying, the founder of the territory’s Apple Daily newspaper, prompted a fresh round of international condemnation, with US Vice President Mike Pence criticizing the arrest.

In a comment posted on Twitter, Mr Pence wrote that Mr Lai’s arrest is “deeply offensive & an affront to freedom loving people around the world.” Mr Pence continued that he was inspired by Mr Lai’s “stand for democracy & the rights & autonomy that were promised to the people of Hong Kong by Beijing”.

The intense criticism Beijing has attracted over its heavy-handed treatment of Hong Kong appears, though, to have made little impression of Chinese President Xi Jingping and the rest of the ruling Chinese Communist Party (CCP).

2020-08-16
Previous Post: New survey shows many Floridians don’t believe the worst of the pandemic is behind us
Next Post: Demonstrators rally in Sarasota protesting against police brutality