Economic Catastrophe: Millions Upon Millions Of Jobs That Have Been Lost Are Never Coming Back 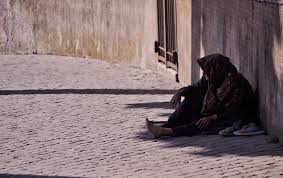 Economic Catastrophe: Millions Upon Millions Of Jobs That Have Been Lost Are Never Coming Back

Do you personally know people that have lost jobs in 2020?  I do, and I am not sure what to tell them.  As is the case all over the U.S. right now, there is hope that some of the jobs will still be there when the lockdowns end, but in other cases it looks like the jobs are gone for good.  And since virtually nobody is hiring right now, finding new jobs is certainly not going to be easy, and there will be millions of others competing for the few jobs that open up.  Of course there will be some that will decide that being a government “contact tracer” is better than not being able to pay the bills, and the mainstream media is aggressively promoting those jobs right now.  But what most unemployed workers really want is to go back to their old jobs, but unfortunately many of them will never be able to do so.

According to a new study that was just released by the National Bureau of Economic Research, a whopping 42 percent of the jobs that have been lost during this crisis are likely to have been lost permanently…

Many of the coronavirus pandemic layoffs will become permanent job losses, according to a new study with alarming implications for the future of the economy.

Forty-two percent of workers experiencing recent layoffs will suffer permanent job losses, according to a paper circulated by the National Bureau of Economic Research.

So let’s take a moment and do a little math.

Over the past 7 weeks, 33.5 million Americans have filed new claims for unemployment benefits.

42 percent of 33.5 million is just over 14 million, and that represents almost 10 percent of all the jobs in the entire economy before this pandemic began.

Of course more Americans continue to lose jobs with each passing week.

2020-05-12
Previous Post: A reminder to lock your vehicle and don’t leave things of value in your car
Next Post: Suncoast:  FCCI CEO takes leave after arrest