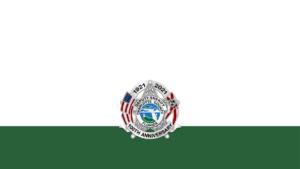 At approximately 8:00pm on Wednesday, November 3, an inmate at the Charlotte County Jail attacked another inmate with a metal object, stabbing him once in the neck and once on the elbow. There is no known motive for this attack.

Inmate Duane R. Lynch (11/28/1982) removed a sharpened metal object, approximately 14” long, from his waistband. Lynch then used the object to forcefully stab another inmate in the neck, with a second thrust striking the victim’s elbow. The victim ran from and was pursued by Lynch up the stairs to the second floor of the pod.

At this time, a Corrections Deputy confronted Lynch, who turned and fled in the other direction and back down the stairs. The deputy ran down the other side and blocked Lynch’s path, at which time Lynch took on a combative and threatening stance while still wielding the weapon. The deputy utilized his agency-issued oleoresin capsicum (pepper) spray and Lynch was disarmed and apprehended.

Corrections staff provided first aid to the victim, and he was then transported for further medical treatment. His injuries are not life-threatening.

Lynch now faces two charges of Aggravated Assault with a Deadly Weapon (including one against a Law Enforcement Officer) and one count of Possession of Contraband within a Secured Corrections Grounds.

A Port Charlotte man stabbed a fellow inmate with a hidden metal object at the Charlotte County Jail Wednesday night.https://t.co/2QzSHEPtun