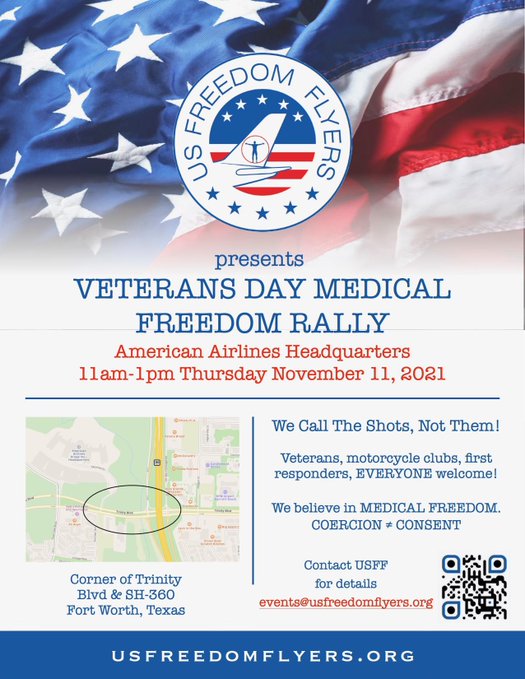 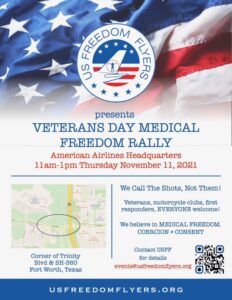 American Airlines has cancelled over 1,500 flights during the Halloween weekend, citing “high winds” and staffing shortages.

The airline cancelled 634 flights on Sunday — on top of 543 on Saturday and almost 740 on Friday, laying the blame on windy weather.

“With additional weather throughout the system, our staffing begins to run tight as crew members end up out of their regular flight sequences,” the airline told CNN, referring to about 2,000 flight attendants set to return from leave on Monday.

But cancellations can likely also be contributed to employees resisting the COVID-19 vaccine mandate issued by the airline on Oct. 2.

In fact, an employee-backed protest of American Airline’s vaccine mandate was announced on Sunday, which is scheduled to take place outside the airline’s Dallas headquarters on Nov. 11, Veteran’s Day.

The U.S. Freedom Flyers, an organization comprised of transportation employees, is leading the protest.

“We call the shots, not them. Veterans, motorcycle clubs, first responders, EVERYONE welcome! We believe in medical freedom. Coercion ≠ Consent,” the group stated.

BREAKING: Many reports of American Airlines flights being canceled and a protest at American Airlines Headquarters in Dallas has been announced for Veterans Day on November 11th, 2021 pic.twitter.com/VuWOw4YGGu

This comes just days after hundreds of Southwest Airlines employees protested the vaccine mandate outside the company’s headquarters in Dallas following reports the airline was blaming thousands of flight cancellations on “disruptive weather.”

American’s CEO Doug Parker said last week that most employees got the injection and that a small minority “almost certainly” will present a religious or medical exemption by the Nov. 24 deadline “and those who aren’t we’ll continue to work with.”

United Airlines rep rebooking my flight: “I’m not gonna try to rebook you with American, they’re having issues today”