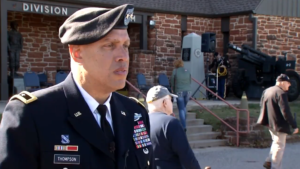 The Biden administration is having another bad week. One day before an appeals court upheld a stay against Biden’s ‘vaccine-or-test’ requirement for private businesses, the Oklahoma National Guard ‘rescinded’ the Pentagon’s requirement that service members receive the COVID-19 vaccine.

“No Oklahoma Guardsman will be required to take the COVID-19 Vaccine,” it reads, adding that Gov. Stitt is the force’s “lawful Commander in Chief” when not mobilized by the federal government.

MORE: Former OK National Guard Adjutant Gen. Michael Thompson, a public supporter of the vaccines, was abruptly removed from his post this week. He was asked yesterday if it was because of his support for the vaccines. His response ⬇⬇ pic.twitter.com/QGJpHHOdfE

2021-11-15
Previous Post: People who decorate for Christmas early are happier, study finds
Next Post: Damage Control: NBC Says Americans Should Stop Complaining About Inflation Because They Can Easily Pay More