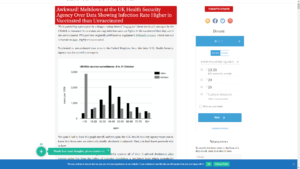 The Spectator has published an article citing official data from Public Health England, which states that for the over 30’s, “the rates of Covid infection per 100,000 are now higher among the vaxxed than the unvaxxed.”

Well, this is awkward.

The article, written by Lionel Shriver, is titled ‘The absurd theatre of vaccine passports’.

It points out that according to official data, vaccines only offer about 17 per cent protection for the over-fifties.

“As I observed then, this would mean the vaxxed and unvaxxed pose a comparable danger to each other,” writes Shriver. “All Covid apartheid schemes are therefore insensible.”

She then clearly explains how the official data undermines the entire argument behind vaccine passports, which ban the unvaccinated from entering innumerable venues.

“Fresher information has fortified this conclusion of the summer. In every age group over 30 in the UK, the rates of Covid infection per 100,000 are now higher among the vaxxed than the unvaxxed. Indeed, in the cohorts aged between 40 and 79, infection rates among the vaccinated are more than twice as high as among the unvaccinated. PHE’s fruitlessly rechristened body, the UK Health Security Agency, frantically clarifies that the data ‘should not be used to estimate vaccine effectiveness’, a caveat which I include for the sake of accuracy. But the differences in the infection rates are drastic enough for you to draw your own conclusions.” 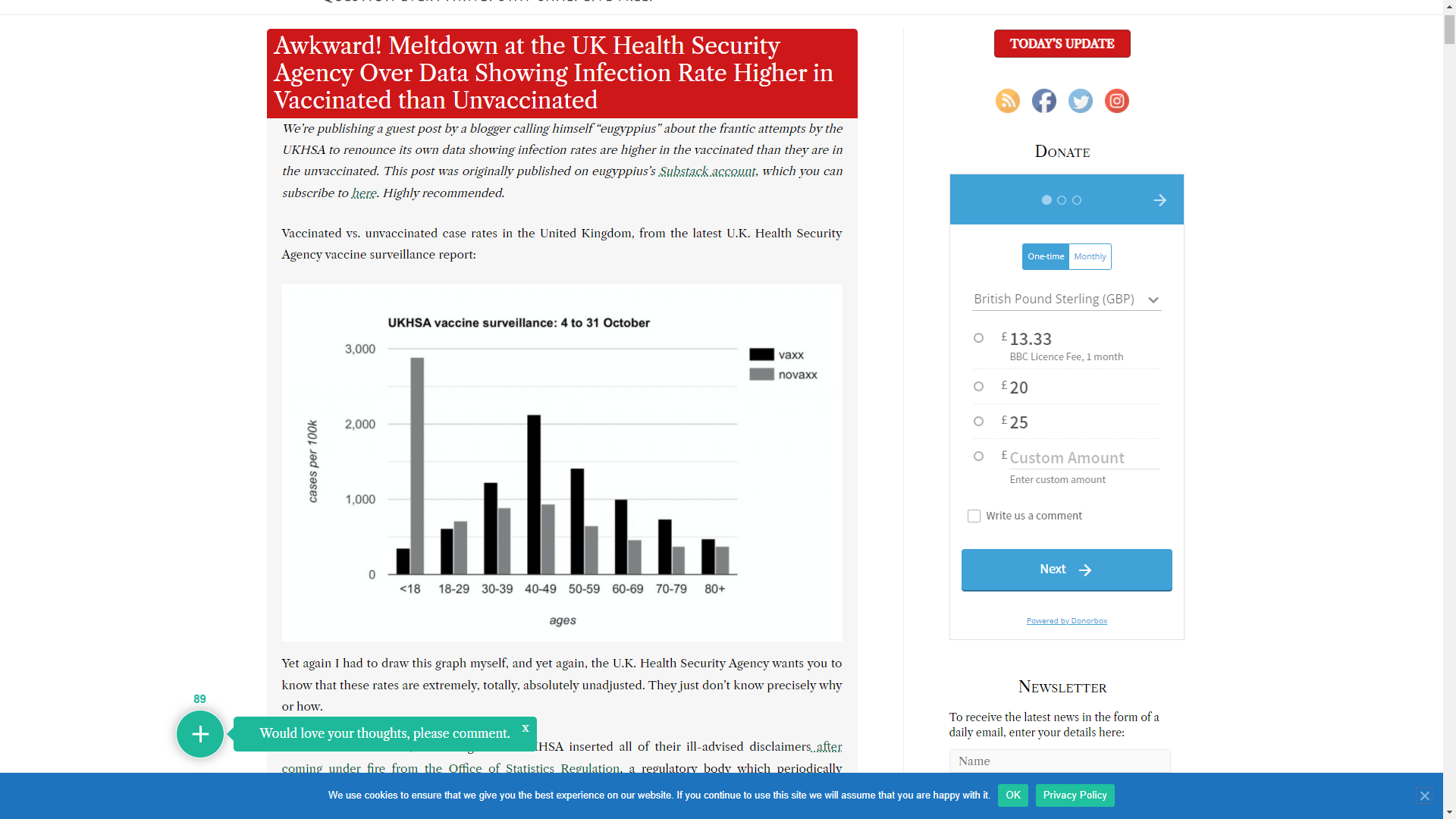 Shriver then summarizes how that data demolishes the reason for implementing vaccine passport schemes.

“Gatekeeping of pleasure palaces promotes the wrong impression — statistically, the lie — that the unvaccinated riff-raff exiled to the pavement pose a far graver threat of communicable disease than the diners in the nearby banquette who, like you, have righteously got the shot. In truth, the double-jabbed airline passenger in 24A can be just as risky a seat-mate as the great unwashed banished from the flight.”

Meanwhile, the Times reports the results of another study which “found the double-jabbed are just as likely to pass on Covid-19 as unvaccinated people.”

After Public Health England published the data, government bureaucrats begin to panic that people would use it to suggest vaccines were not that effective.

Office for Statistics Regulation director Ed Humpherson called an urgent meeting with U.K. Health Security Agency during which he worried about the data having “the potential to mislead.”

“We noted that these data have been used to argue that vaccines are ineffective,” Humpherson subsequently wrote.

Isn’t it strange how the government and associated regulatory bodies appear to be afraid of raw data?

If the vaccines are as effective as they tell us, why would they be worried?