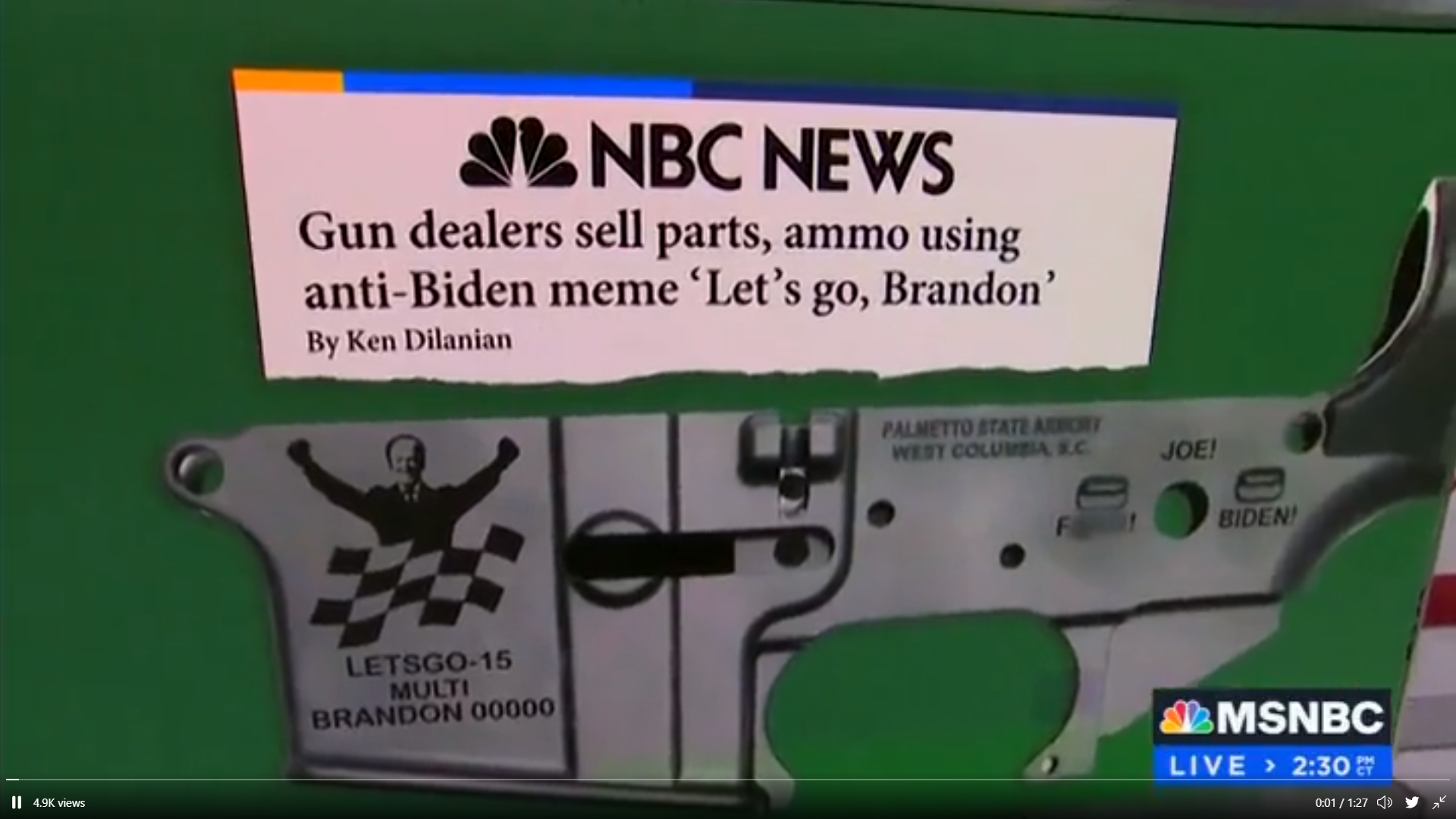 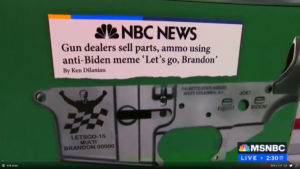 The pundits at MSNBC are reaching levels of hysteria previously not thought possible.

The lower receiver also features a laser-engraved logo of a victorious Biden with the NASCAR flag.

An exasperated MSNBC reporter called Ken Dilanian said Monday that he reached out to the Secret Service because Biden’s image next to the firing mode selector means it’s a “threat to the president.”

The reporter says that "Biden" is next to the "automatic firing mode," and that he reached out to the Secret Service on whether this counts as a threat against the President. pic.twitter.com/kMI8fDf15q

Dilanian then tried whitewashing the origins of the “Let’s Go Brandon” chant.

“The phrase ‘Let’s Go Brandon’ has become a right-wing code for ‘expletive Joe Biden,’” he said.

The rest is history.

The Secret Service declined to comment, likely because MSNBC’s question was too ridiculous to merit a response.

“Love how PSA is in touch with the current Let’s Go Brandon situation,” says one of the comments below the product description. “More than half of America and other parts of the world are chanting. The current administration is destroying our country.”

Mainstream media and Big Tech have been working overtime to stifle and silence the spread of the increasingly popular “Let’s Go Brandon” chant that’s become a rallying cry of dissatisfaction with Biden’s administration and the media.

A CNN reporter also compared the “Let’s Go Brandon” chant to a declaration of support for ISIS.

As an experiment, I’d love for an @SouthwestAir pilot to say “Long live ISIS” before taking off. My guess is that 1) the plane would be immediately grounded; 2) the pilot fired; and 3) a statement issued by the airline within a matter of hours

This is just another instance of MSNBC humiliating themselves and journalism as a profession.

I called the Secret Service about this. They had no comment. https://t.co/CmcATXY5DV pic.twitter.com/vD7dblz9JG

I called the Secret Service about this. They had no comment. https://t.co/CmcATXY5DV pic.twitter.com/vD7dblz9JG

2021-11-02
Previous Post: Just In Time For The Holidays, The Biggest Mandate Of All Is About To Go Into Effect…
Next Post: Homeowners dealing with supply chain shortages