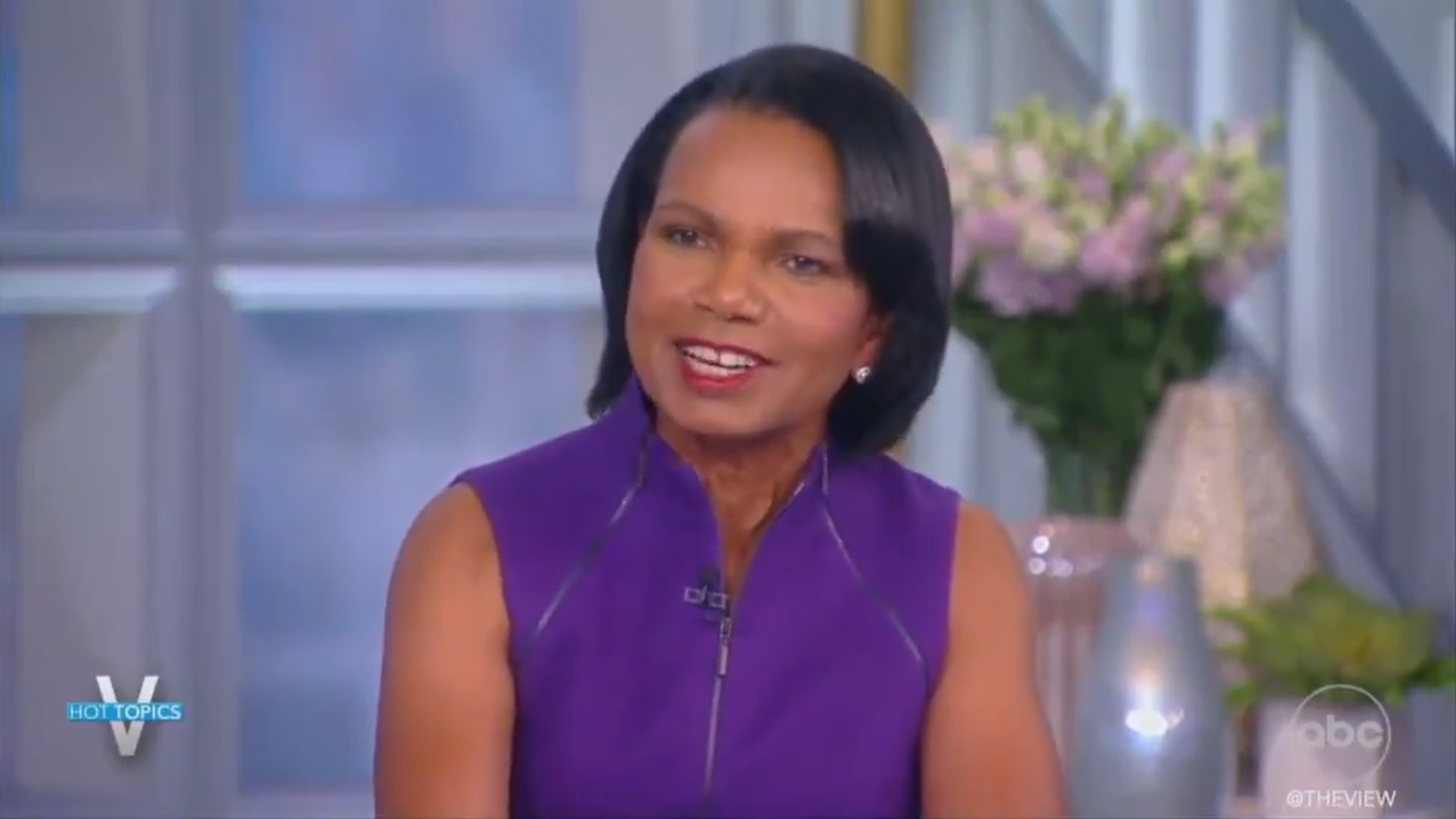 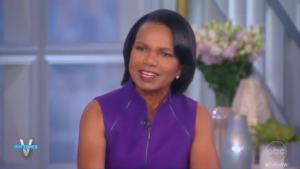 Former Secretary of State Condoleezza Rice criticised proponents of Critical Race Theory Wednesday, declaring that “this is a conversation that has gone in the wrong direction.”

Appearing on The View, Rice, now the Director of the Hoover Institution, addressed CRT following the Biden administration’s apparent desire to punish parents who stand up against it being taught to their children in schools.

“If I could take a moment to talk about the whole issue of Critical Race Theory and what is, and is not being taught, I come out of an academic institution, and this is something that academics debate. What is the role of race and so forth?” Rice said.

She continued, “let me be very clear; I grew up in segregated, Birmingham, Alabama. I couldn’t go to a movie theater, or to a restaurant with my parents. I went to segregated schools till we moved to Denver. My parents never thought I was going to grow up in a world without prejudice, but they also told me, ‘That’s somebody else’s problem, not yours. You’re going to overcome it, and you are going to be anything you want to be.’ And that’s the message that I think we ought to be sending to kids.”

“One of the worries that I have about the way that we’re talking about race is that it either seems so big that somehow white people now have to feel guilty for everything that happened in the past,” Rice further emphasised.

“I don’t think that’s very productive,” she then declared, adding “Or black people have to feel disempowered by race. I would like black kids to be completely empowered, to know that they are beautiful in their blackness, but in order to do that, I don’t have to make white kids feel bad for being white. So somehow, this is a conversation that has gone in the wrong direction.”

.@CondoleezzaRice says no to the racist critical race theory! pic.twitter.com/c5zNqKddYj

It seems Rice is now pro-slavery… and racist… and not a real person of colour… or something:

How can black children feel beautiful in their Blackness if we can't speak the truth about our shared experience because we risk even the chance of a white child feeling shame or guilt. Youre in affect stating that white children are better than black children. Ms Rice?

This got my blood boiling.

CR is talking bull. But they can teach how great the slave holding rapists and murderes were without teaching the full story. If someone feels bad for learning the truth, that's on them.

She’s absolutely incorrect. When she did her welcome speech at the State Department, she said… “When I was growing up in Alabama, I did not know racism. We lived in a gated community and my uncles guarded the gate.” A gated community in Alabama is a plantation.

Just keep whitewashing history for the sake of white kids. Don't tell the true history. They just want black people to believe the slavery wasn't that back and it was a choice.

Rice’s comments come in the wake of video emerging of a teacher at a high school in Ohio talking about books and themes closely associated with CRT, despite previous promises to parents from officials that it wasn’t happening in the district’s schools.

These sixth graders are being taught that being race neutral is "assimilationist" and thus racist. This is another “anti-racist” activist teacher.

2021-10-21
Previous Post: The Controlled Media, Brought To You By Pfizer
Next Post: ‘Person of interest’: What that term means for Brian Laundrie, his parents