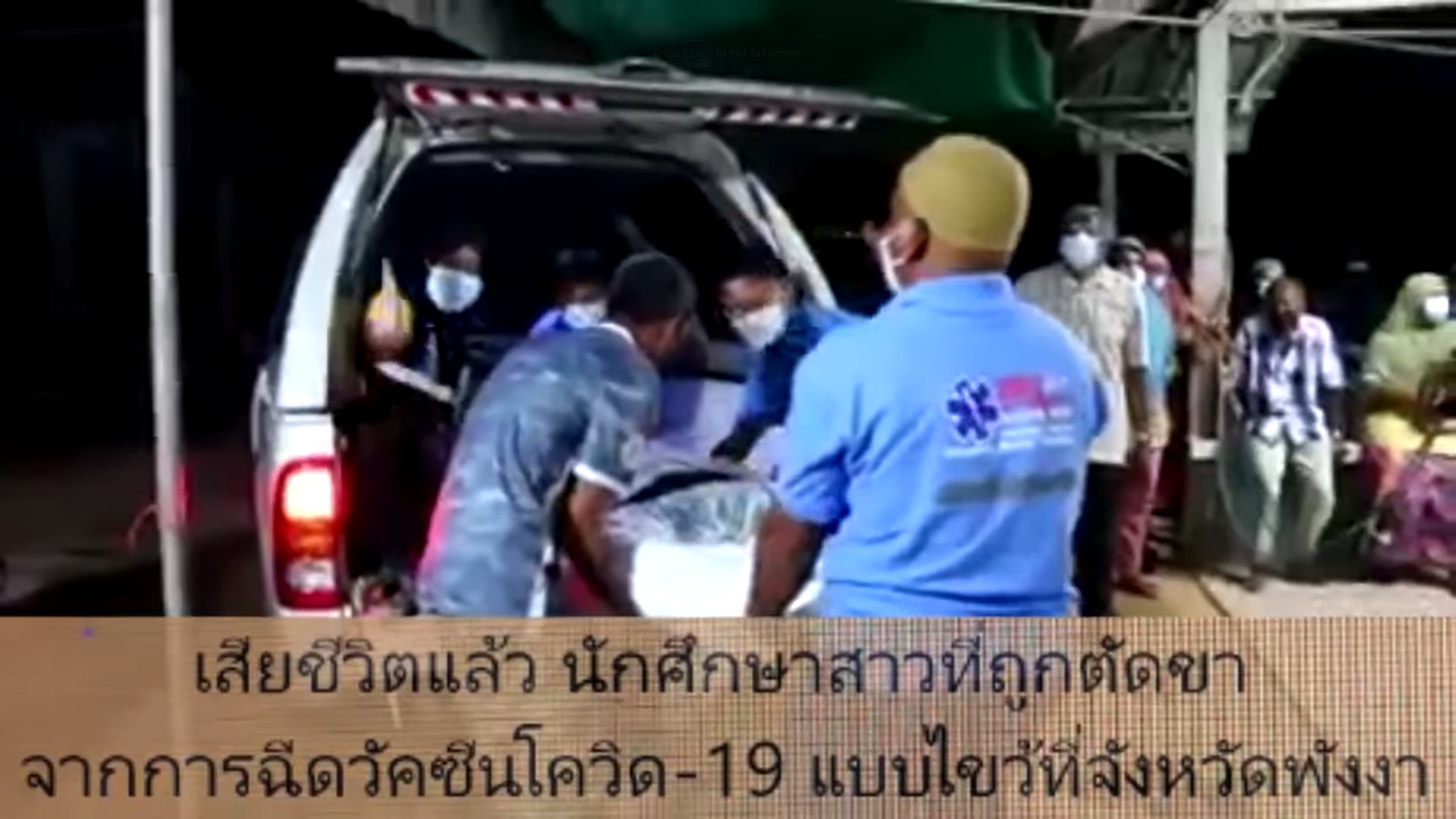 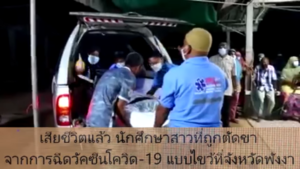 A 20-year-old community college student in Thailand experienced blood clots, had her leg amputated, then suffered a stroke shortly before dying after she received her second Covid-19 vaccine.

The young woman, 20-year-old Ketsiree Kongkaew who attended Phangnga Community College, reportedly died from a haemorrhagic stroke Tuesday as doctors attempted to perform brain surgery, according to the Bangkok Post

A second Bangkok Post headline dedicated to the same story highlighted the fact Ketsiree had reportedly mixed vaccines, taking the Sinovac vaccine as her first dose, then following up with the AstraZeneca jab.

As reported by the Post, the complications that led to Ketsiree’s death all began when she received the AstraZeneca shot, after which she suffered an “acute arterial occlusion.”

Anupong Thammarong, 25, a classmate of Ketsiree from the same village, said a doctor from Songklanagarind Hospital had phoned the grandmother late on Friday night, asking for permission to perform surgery. The doctor said Ketsiree had bleeding in her brain.

The grandmother and relatives gave their permission. After the operation, the young woman remained unconscious. She was reliant on a ventilator and was pronounced dead on Monday morning after a haemorrhagic stroke.

The doctors said the brain haemorrhage was a side effect of the thrombolytic drugs used to treat blood clots, Mr Anupong said.

Ketsiree was reported to have earlier suffered an acute arterial occlusion, or blockage of a limb artery, after receiving the AstraZeneca vaccine as her second shot.

According to Jamras Khanadpol, director of Phangnga Community College, she began feeling unwell after her second shot on Aug 13.

She complained of a fever and chest pains about three days later, her classmate Anupong said. She went to see a doctor at Phangnga Hospital, who diagnosed her with a bladder infection.

Ketsiree was later rushed back to the hospital after she experienced severe pain in her left leg. She was referred to Surat Thani Hospital, where an X-ray revealed blood clots that required urgent surgery.

As her condition continued to worsen, the hospital transferred her to the better-equipped Krabi Hospital, then to Songklanagarind Hospital in Hat Yai, where doctors decided to amputate her leg, Mr Anupong said.

Numerous people across the globe are reported to have died, or suffered severe adverse reactions from the AstraZeneca jab, prompting many world governments to pause their rollouts of the shot.