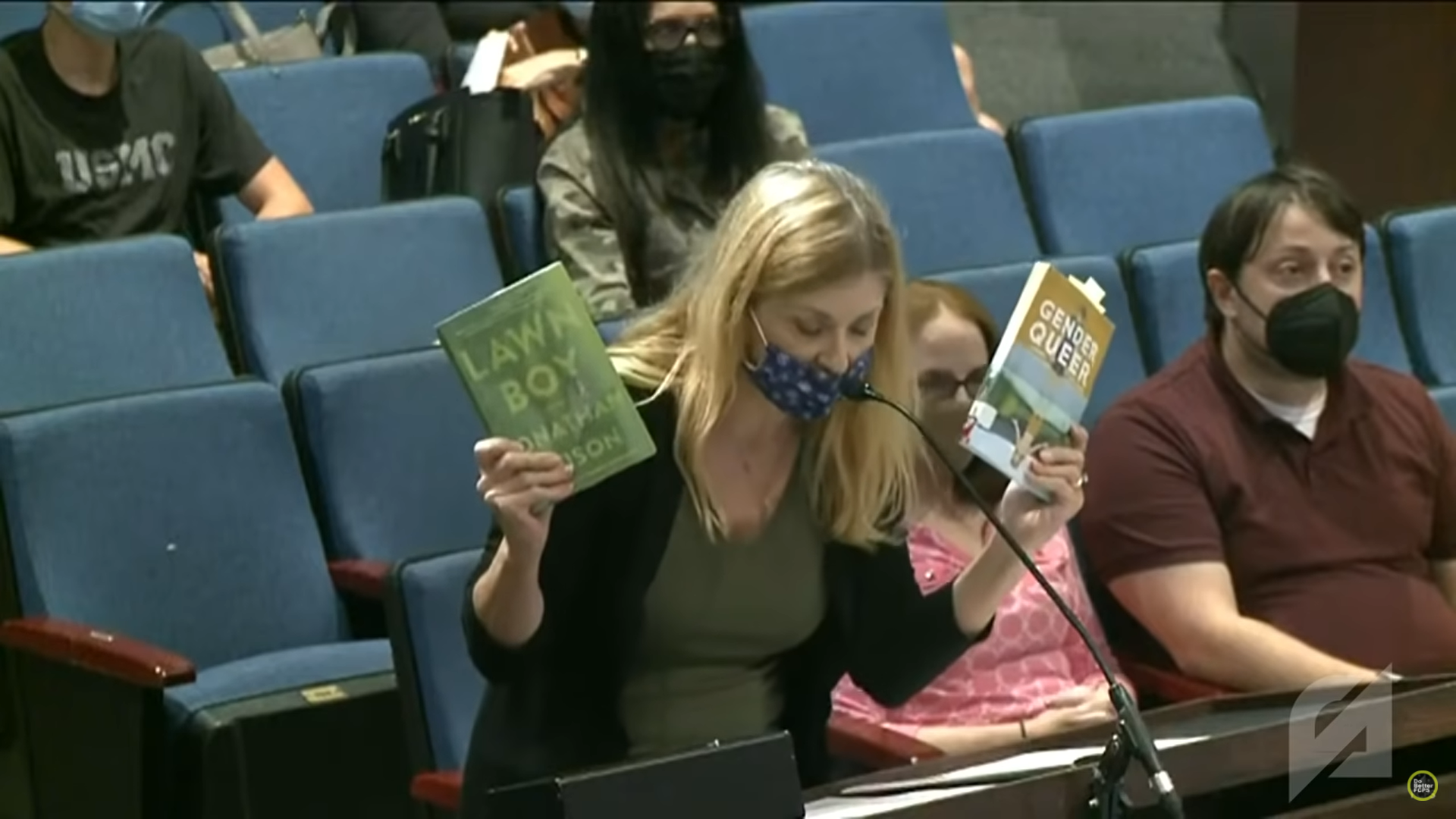 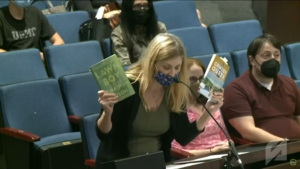 A mother of six in Virginia has claimed that parents at a school board meeting were surveilled by police and federal agents after she and others complained that their kids were being exposed to pornography and pedophilia on the school’s curriculum.

Stacy Langton posted images on Twitter showing unmarked cars along with a Department Of Homeland Security Vehicle and police cruisers. She also claimed that a helicopter was circling overhead shining a spotlight on parents before and after the board meeting.

Ms Langton appeared on Fox & Friends Wednesday to discuss the development, noting that the feds showed up a day after her and other parents protested outside the Department of Justice in DC.

She added “I’m not getting a lot of sleep right now, nobody’s sleeping in my house because we can’t be sure that we’re safe.”

In her interview Wednesday, Langton also noted “I understand Merrick Garland is actually testifying today at the Senate and he’s gonna talk about mobilizing the FBI against parents.”

“Maybe he should mobilize the FBI into who’s threatening my family,” she urged.

During that hearing, Senator Tom Cotton grilled Garland, demanding an explanation for the recent DOJ directive calling for the full force of the federal government to be deployed against American parents who are showing up to local school board meetings to express their concerns.

"Thank God you are not on the Supreme Court! You should resign in disgrace, Judge."pic.twitter.com/lXE62Y20qT

The DOJ issued a memo on the subject after the National School Boards Association (NSBA) equated the angry parents to “domestic terrorists,”which it later apologized for.

Ted Cruz (R-TX) grilled Garland on a range of issues, including his lack of apology over the DOJ memo:

WATCH: Attorney General Merrick Garland admits the DOJ did NOT verify the allegations in the National School Boards Association letter before launching a probe into concerned parents. pic.twitter.com/aWCr4Cd7cL

Cruz also highlighted a direct conflict of interest Garland has as regards to the teaching of critical race theory in schools:

AG Garland’s son-in-law makes big money from a company involved in teaching CRT. So I asked the AG if he sought an ethics opinion.

He refused to answer my question.

Senator Josh Hawley (R-MO) also told the Attorney General, “You have weaponized the FBI and the Department of Justice, and I call on you to resign!”

Sen. Chuck Grassley (R-IA) accused AG Garland of engaging in communist tactics that put a chilling effect on parents wishing to speak out.

“That is a poisonous, chilling effect,” Grassley said. “This kind of looks like something that would come out of a communist country.”

2021-10-28
Previous Post: Emergency Rooms Across America Getting FLOODED With Patients Suffering Acute Organ Failure And Debilitating Symptoms… Media Claims It Has Nothing To Do With Covid Vaccines
Next Post: FDLE – Sexual Offender and Predator Within 5 Miles of The City of Venice