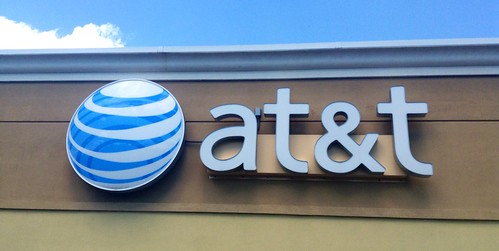 Details of AT&T Corporation’s ‘racial re-education program’ have leaked in which the company asserts “American racism is a uniquely white trait” and announces, “white people, you’re the problem.”

The documents were obtained by investigator and Critical Race Theory exposer-in-chief Christopher Rufo.

“CEO John Stankey launched the program last year and, subsequently, has told employees that private corporations such as AT&T have an “obligation to engage on this issue of racial injustice” and push for “systemic reforms in police departments across the country,” writes Rufo.

Predictably, the re-education program was launched in response to the police killing of career criminal, drug addict and arrest-resistor George Floyd.

“According to a senior employee, who agreed to speak on condition of anonymity, managers at AT&T are now assessed annually on diversity issues, with mandatory participation in programs such as discussion groups, book clubs, mentorship programs, and race reeducation exercises.”

White employees are mandated to confess their “systemic racism” and enjoyment of “white privilege” or face penalties (they’re so “privileged,” they get to enjoy one of America’s biggest corporations openly discriminating against them for their skin color).

White staffers are also asked to sign a loyalty pledge indicating their submission to the brainwashing while also vowing to ‘challenge others’ if they hear ‘hateful language’.

“If you don’t do it,” the senior employee says, “you’re [considered] a racist.”

On the first page of AT&T’s Listen Understand Act internal portal, the company encourages employees to study a resource called “White America, if you want to know who’s responsible for racism, look in the mirror.” The article claims that the United States is a “racist society” and lays out its thesis plainly: “White people, you are the problem. Regardless of how much you say you detest racism, you are the sole reason it has flourished for centuries.” The author, Dahleen Glanton, writes that “American racism is a uniquely white trait” and that “Black people cannot be racist.” White women, she claims, “have been telling lies on black men since they were first brought to America in chains,” and, along with their white male counterparts, “enjoy the opportunities and privileges that white supremacy affords [them].”

Employees are also forced to take a ’21-Day Racial Equity Habit Challenge’ during which they have to perform yet more self-hating white guilt trips while also “promoting fashionable left-wing causes, including “reparations,” “defund police,” and “trans activism,” with further instruction to “follow, quote, repost, and retweet” organizations including the Transgender Training Institute and the National Center for Transgender Equality.”

This is yet another example of how institutionalized racism lives on, only its exclusive target is now white people.

It’s not only acceptable but openly encouraged, in the media, government, academia and within the corporate world, to discriminate against white people, particularly white men, because of their skin color.

As we highlighted yesterday, a sign that this may be starting to change is the fact that an executive who was fired for being a white male and replaced by two women, one of whom was black, was awarded a $10 million dollar discrimination payout.

2021-10-29
Previous Post: ‘Do we have a voice?’ Siesta Key residents frustrated with approval of 8-story hotel
Next Post: Florida Highway Patrol calling for safety on the roads Halloween weekend