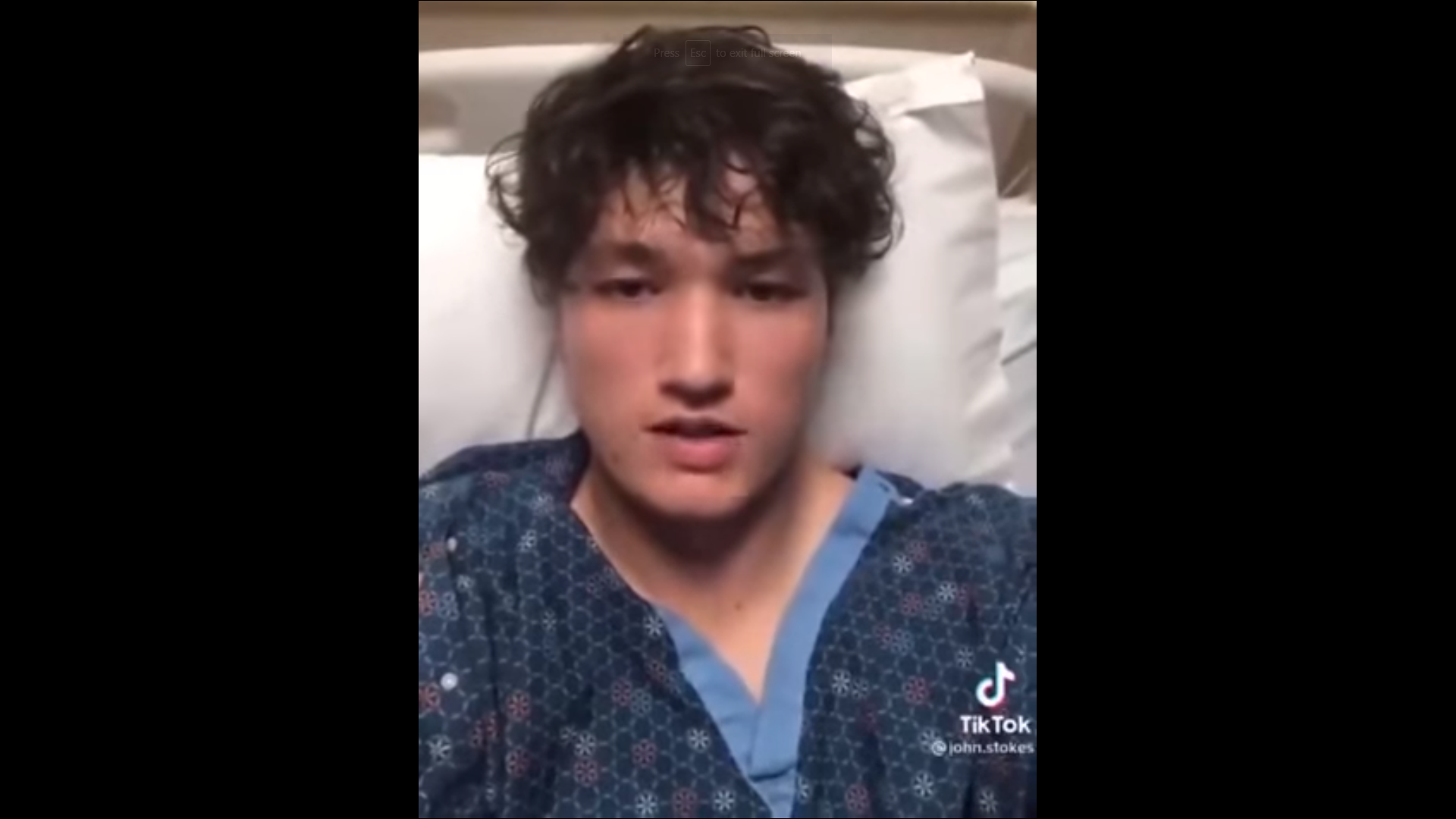 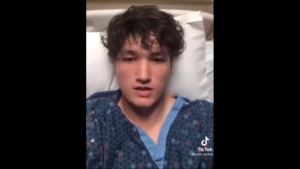 A TikTok video by a vaccine-injured NCAA student athlete was censored after the post went viral.

“I’m in the hospital right now with heart complications from the COVID-19 vaccine. I want to inform as many people as I can about the risks from taking the vaccine that I wish someone would have told me,” Stokes said.

“I’m a Division 1 student athlete with no prior health issues and I got the second COVID shot Tuesday, and within four days I have been diagnosed with myocarditis and was told that I probably won’t be able to play my senior season now.”

According to Yahoo! Life, Stokes’ post, which garnered over 4.5 million views and “hundreds of thousands of likes,” was removed by TikTok for violating unspecified terms of service guidelines.

“Stokes, who denies the video violated any of TikTok’s community guidelines, filed an appeal to have the video reinstated, which the social media platform allegedly denied,” Yahoo! reports.

Stokes tells Yahoo Life that he received his second COVID-19 vaccine shot on Aug. 31. Shortly after, he says, he developed common, temporary “flu-like” side effects, which included body aches. However, his chest pain, which he initially likened to a “gas-like” feeling, soon got worse.

“I told my parents something wasn’t right, and we called the doctor,” Stokes says. “He told me to go to the ER. They diagnosed me with myocarditis, and they told me it was from the vaccine. I was hospitalized for several days after.”

While in the hospital, Stokes says his heart initially hurt so much that he was unable to sleep. He was monitored by doctors and given Tylenol and a second anti-inflammatory agent whose name he was unable to recall. His doctors, he explains, did not want to give him additional medication and advised him to rest. Eventually, the extreme pain subsided, though he says he still has chest pain that is, however, more manageable.

In efforts to prove his video was not misinformation, Stokes posted a video showing his vaccine card and myocarditis diagnosis.

Speaking to Yahoo!, a member of TikTok’s Team Halo community, which is “organized by the United Nations and the Vaccine Confidence Project” to promote vaccines, said while the video didn’t expressly discourage people from getting vaccinated, it may have sown doubt.

“Even though his story is sincere, the message and the way it’s put out can cause fear,” expressed a Team Halo registered nurse. “What vaccine-hesitant viewers are not realizing is the perspective. Is this a risk with the mRNA vaccines? Yes. Is it a rare risk? Absolutely.”

A new, shorter upload of Stokes’ testimony has already received over 1 million views.