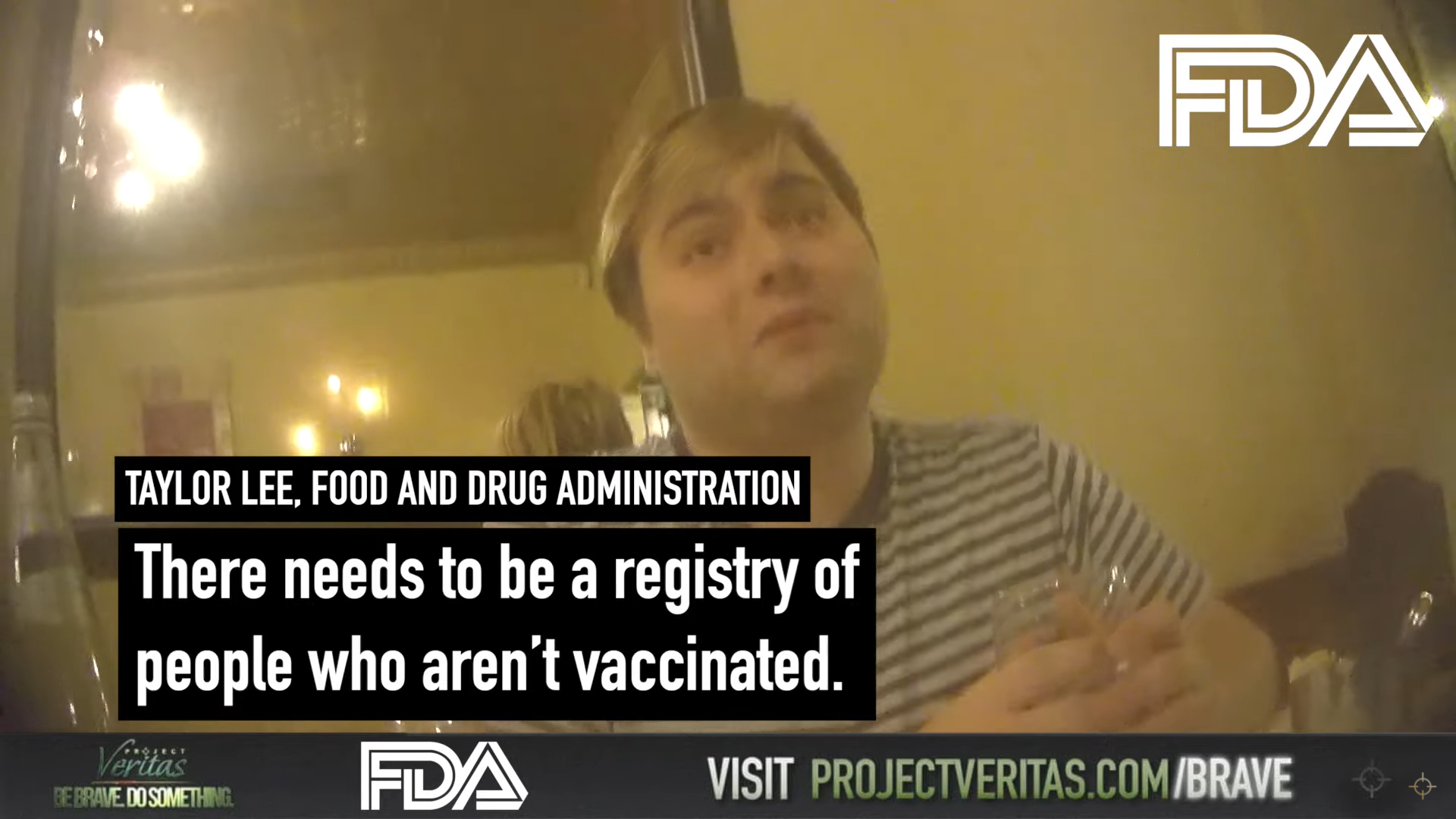 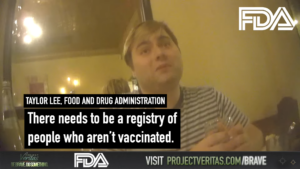 A U.S. Food and Drug Administration official called for forced COVID vaccinations and a registry for all unvaccinated Americans in undercover video released by Project Veritas.

In Part 2 of Project Veritas #COVIDVaxExposed series, FDA economist Taylor Lee is seen calling for the U.S. government to emulate Nazi Germany regarding the mass administration of the COVID vaccine.

“Census goes door-to-door if you don’t respond. So, we have the infrastructure to do it [forced COVID vaccinations]. I mean, it’ll cost a ton of money,” Taylor said. “But I think, at that point, I think there needs to be a registry of people who aren’t vaccinated. Although that’s sounding very [much like Nazi] Germany.”

“Nazi Germany…I mean, think about it like the Jewish Star [for unvaccinated Americans].”

“So, if you put every anti-vaxxer, like sheep, into like Texas and you closed off Texas from the rest of the world, and you go, ‘Okay, you be you in Texas until we deal with this [pandemic],’” he added.

Lee also called for the government to “blow dart” the COVID injection into the vaccine-hesitant black community in America.

“I think that a lot of the time — so there’s also this issue of — I remember reading about how with COVID [vaccine] trials, they were having an issue recruiting African American people. It was because of a different medication the government tried to do that was specifically designed to kill African Americans,” Lee told a PV journalist.

“There are political appointees [at the FDA] that are generally scientific advisors or are appointed by the president or the commission…They’re being paid based on if the other people are staying in power,” he said.

“Unfortunately, everyone ends up playing politics, but I don’t think that the career scientists are — I think that it’s the people that they’re unfortunately having to report to because these political appointees are being put in place and that’s part of like — the Senate confirms the people to then just pick their people,” he added.

This comes just 24 hours after Project Veritas released Part 1 of its #COVIDVaxExposed series, where an HHS whistleblower revealed the federal government has been hiding the vaccine side effect data from the public.

2021-09-23
Previous Post: Before They Were An Inconvenience, But Now The Shortages Are Really Beginning To Sting
Next Post: Gabby Petito story boosted by social media, true-crime craze